If there is one celebrity who could be called 'King of Glasses', there is no doubt that it would be Johnny Depp...

Johnny Depp's glasses have become a very important part of his image. But for him they are also entirely necessary, as he himself admits that he is as blind as a bat.

Beginning his career in television in the 80s, Johnny Depp then starred in his first movie in 1990 - 'Edward Scissorhands'. Since then, through his enormous mix of weird and wonderful roles, he has turned from a strange looking teenage boy in 'Edward Scissorhands', to everyone's guilty crush in 'Pirates of the Caribbean'. But it is not only on screen that this talented actor has us hooked - his off screen style that is almost always complemented by a pair of sexy glasses also has his fans excited. 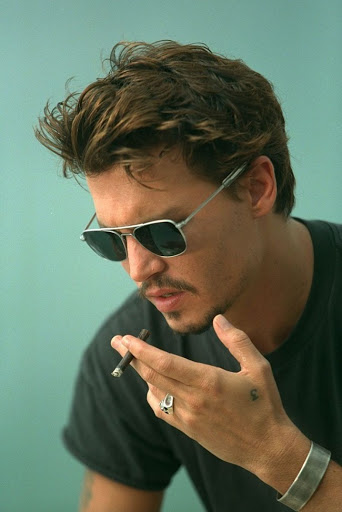 Johnny Depp appears to be one of those people that just looks better and better with age... but what is his secret for causing so many broken hearts? Perhaps it is partly due to his style, and his glasses no doubt play some kind of role. They give him a neo-hippie, neo-intellectual, ne-bohemian and errr... a neo-'I-want-you' look all at the same time, and turn this dazzling Hollywood star into the kind of guy that looks down to earth and intelligent as well as incredibly sexy. (He has been voted 'Sexiest Man Alive' twice by 'People' magazine!).

I first want to look at a pair of Johnny Depp's glasses that he wore on screen - in 'Fear and Loathing in Las Vegas' (1998). In this incredibly famous movie that also starred Benicio Del Toro, (and for those of you who haven't seen it) is about hard drugs, alcohol and gambling, Johnny Depp wore aviator sunglasses with amber lenses. Ray-Ban launched a limited edition line called Ambermatic that were designed in the 70s (see below). 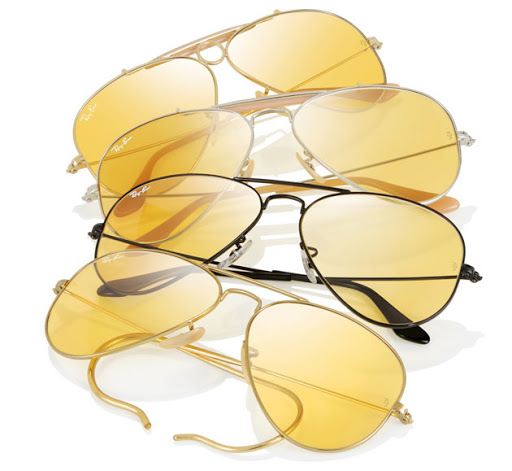 Johnny Depp's off screen glasses style is far less bright than this particular on screen look. However, coloured tinted lenses have become a popular look for him - in particular blue. This pair with a metal frames give him a definitive, stylish and unique look. 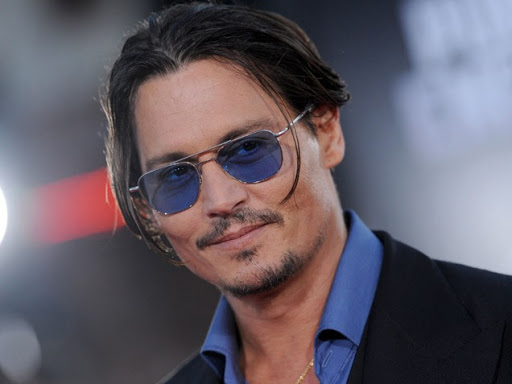 The glasses he is usually seen in at film premieres and red carpet events also sometimes have (very lightly) tinted blue lenses, and sometimes they are clear. The fairly small, tortoise shell frames give him a sexy, slightly nerdy look that is also unique because of the shape and size of the frames.  Although his pair (tinted and clear lenses) are by Moscot Originals, it is of course also possible to get cheaper replicas from high street stores. 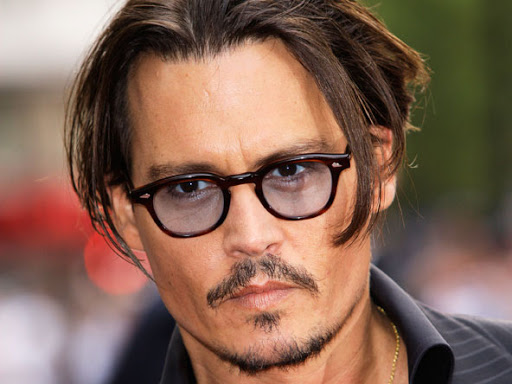 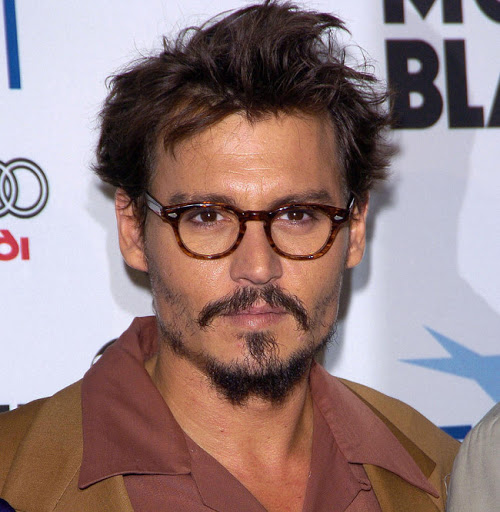 And finally, I want to look at another on screen pair worn by Johnny Depp - his glasses in the film 'Public Enemies' (2009). Set in America in the 1930s, these vintage glasses from the period have circular, light, tortoise shell frames and dark lenses (below). 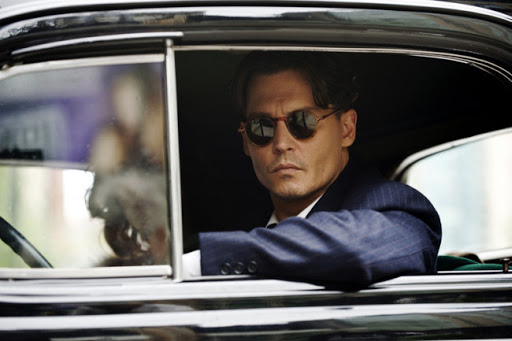 If this has sparked your interest in original vintage eyewear and you also want to look unique in your glasses, have a look in the Blickers online shop and check out some of the models we currently have in stock!

In particular this authentic vintage model by Optim (below) that, similar to Johnny Depp's glasses in 'Public Enemies', have circular, light tortoise shell frames - a truly stylish, unique and sexy vintage look. (Click here to go directly to the model in the online shop). 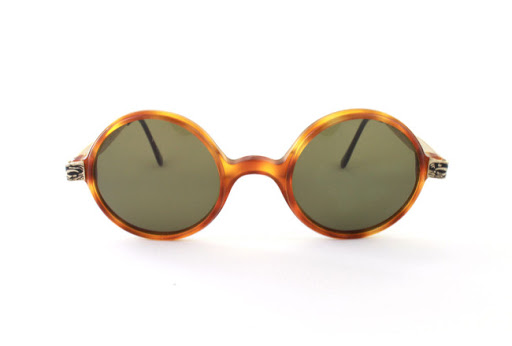 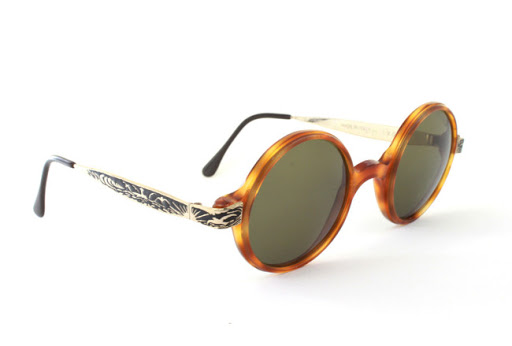