Covers with original, eye-catching eyewear. We love them!

I decided to dedicate today to browsing the web for magazine covers portraying celebrities and their glasses and I came across these antiquities … covers of VOGUE showing a variety of cool eyewear styles.

Two of the covers are from Portugal and show audacious, high-fashion glasses that are a very prominent element of the photograph. The first cover shows vintage glasses, but with a cheerful, more contemporary colour, making a nice contrast.

In the second VOGUE cover, also from Portugal, the glasses are even more prominent as the girl is dressed in pale, non-striking colours, whereas the glasses have quite an odd, I would say, futuristic style. Very neat.

The third cover is a relic from July 1939 and shows a woman putting on intense red lipstick in stark contrast to the whiteness of the frames, which have small, round lenses and huge sidebars … These glasses are certainly eye-catching!

The final cover is from Japan and shows the most singular of the four pairs of glasses we have seen here. Only suitable for the most audacious among us. I tend to travel a lot by motorbike and I don’t think my helmet would fit, so, unfortunately they’re not for me!

I’ll keep looking for gems from yesteryear to show you! 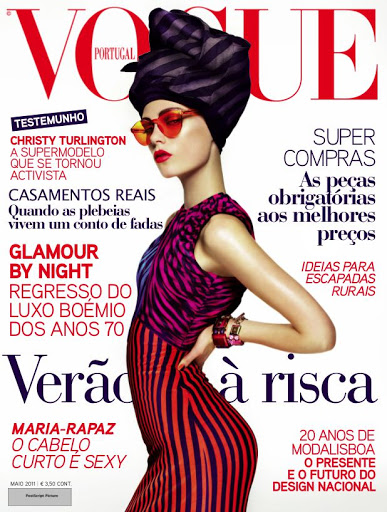 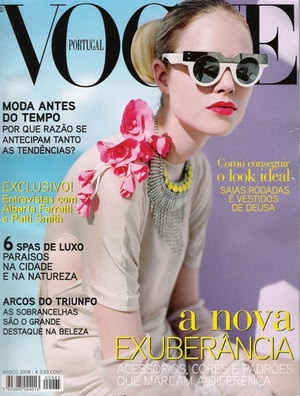 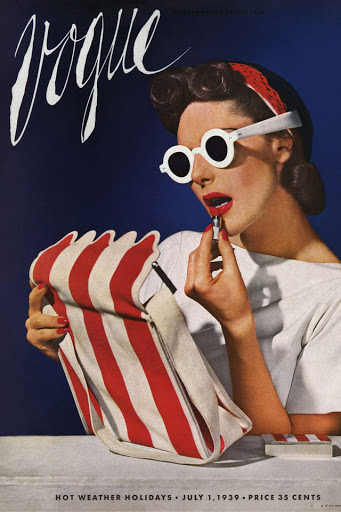 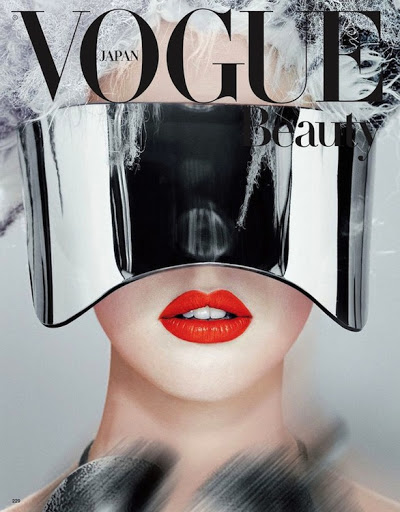